We are a New York City-based naming and verbal identity firm that believes branding begins with words. We think language is one of the most powerful mean for building, organizing, and communicating a brand’s vision and goals. Our clients range from Fortune 500 companies to start-ups, but we’re always looking to take on exciting new projects, which is why we partnered with Clutch, an independent reviews site for B2B service providers. Clutch recently released its list of the best Global Leaders on their platform, and River + Wolf is incredibly excited to announce that we have been selected as one of the best of worldwide naming agencies in 2018!

We’d also like to take a moment here to thank Clutch for helping spread the word about River + Wolf. Since joining Clutch, we have already seen many benefits from being on their platform. For instance, we’ve been able to see how our team measures up to the other naming companies in our area. We’ve received other distinctions like being a Global Leader in 2017, a top naming agency—in fact, despite being the new kid on the block, we cinched the #3 spot of global naming agencies, beating out many companies that have been in operations much longer.  We are also on the Clutch 1000 which is a list that ranks the top 1000 agencies according to ‘market presence’ alone.

We believe the best part of Clutch, however, is their third party, independently verified, and non-biased interviews with River + Wolf clients. This provides great insights for companies looking to sign up a naming agency partner.

And though we launched only four years ago, we are in the top of total reviews which have earned us a perfect 5-Star rating. It’s been a wonderful experience receiving such direct & honest feedback from our partners. Take a look at some of their kind comments:

The names were praised both internally and externally. We’re very satisfied with the quality and speed of their work.
Youngmo Jung, Head of Product Development, TUTTI
They go above and beyond to make sure they conform to our expectations. They worked so hard to ensure they found the perfect name for our company. They worked over the holiday to get everything done in a timely manner.
Andrea Van Dam, CEO, Stella Rising
I’ve never seen this level of clarity or concern for my needs from any other vendor.
Susan Solt, Dean of the Arts, UC Santa Cruz

We love making our clients happy and seeing all the success that we bring them. Beyond the recognition from Clutch, we are also featured on The Manifest amongst the top naming companies in New York. We’re very proud to be included!

Naming your business is probably one of the most important steps for any company. A name is one of the most influential aspects to your brand and it can make or break your business. We love being a part of such an important step for so many companies. Reach out to us today for a consultation or to learn more about the art and science of brand naming. We are excited to help you hit the mark. 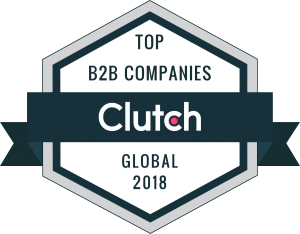 Margaret, the Founder/Chief Creative of River + Wolf, has been developing names for global companies, products, and services for more than fifteen years. In addition, she has written on the art of brand naming or been quoted as a naming thought leader in many publications, among them Forbes, Fast Company, AdAge, NBC, the Huffington Post, The Next Web, Robotics Business Review, and the New York Times, to mention a few. Margaret is also active in naming education. Toward that end, she launched the NOD (names of distinction) gallery in January, and has been delivering a series of lectures and workshops on naming, most recently at WeWork and The Hivery in Marin Country, California and at Cinquieme Sens and L'Institut Français de la Mode in Paris, France.